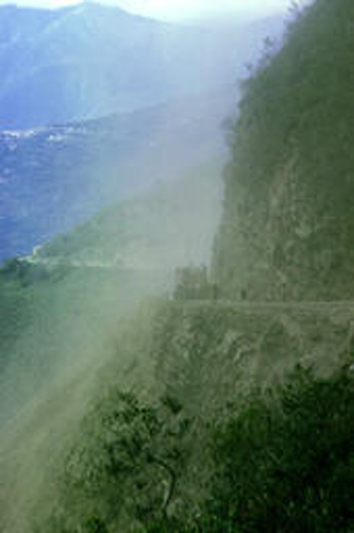 Disasters, events of considerable magnitude, technically can be defined as processes involving interaction of human populations (and the social system in which they are embedded) with potentially destructive natural or technological hazards. Unfolding rapidly or slowly, these interactions can lead to conditions of such acute environmental vulnerability that substantial damage is caused to the social and material fabric of impacted communities or regions that, in turn, lead to serious disruption of essential functions of social life. In recent decades, a dramatic increase throughout the world in the number and severity of such disasters has given these events, these convoluted processes, heightened importance in contemporary discussion of issues dealing with the environment, with development, and with sustainability. One need only mention the world-wide impacts of 9/11 in New York, recent El Niños, the Chernobyl nuclear disaster, the pesticide leaks in Bhopal, India, the Exxon-Valdez oil spill along the Alaskan coast, cataclysmic flooding in Bangladesh and Madagascar, fire storms in Indonesia, California, and Los Alamos, New Mexico, destructive earthquakes in Turkey, the harrowing force of Hurricane Mitch, and the vaporizing effect on Montserratian society of the eruption of the Soufrière Hills volcano in order to indicate the catastrophic nature and very substantial consequences on populations and environment of such events.

Knowledge about the origins and consequences of disasters while considerable is neither well integrated nor cohesive having long been compartmentalized and fragmented by science and practice. The natural sciences, for example, focus on climatic and geologic preconditions of disasters and are experts in understanding the underlying factors that help unleash “natural” disruptions. Their knowledge, accumulated over many years, underpins the development of current sophisticated measures predicting probabilities of disasters but tells us little, if anything about the consequences. Moreover, the disaster site itself, at the moment of the actual flood, or earthquake, or volcanic eruption, is rarely studied in vivo by science but rather remains the lonely province of relief specialists, most often emergency teams tied to local, or national, or international service and regulative agencies. Such rescue and aid groupings are often associated with loose networks of organizations with similar functions but as a category lack the capacity to systematically record, analyze, and compare their activities. Finally, the social sciences have dealt (but only sporadically) with the human consequences of disasters producing infrequent descriptive studies of these aftermaths. Given the occasional and limited nature of these studies, it is interesting to note that anthropologists consider disasters to be “a ‘natural laboratory’ or a crise revelatrice, [when] the fundamental features of society and culture are laid bare in stark relief by the reduction of priorities to basic social, cultural, and material necessities.” Despite this, the social sciences have not routinely studied the consequences of disaster, and even when they have carried out research, they rarely have gone beyond description. Even more rarely have these “natural laboratories” been utilized to explore the anthropological components of the entire process. In fact, the social scientific study of disasters has yet to reach the stage when systematic comparison of cases becomes routine, when comparison produces testable hypotheses and generalizations, and when generalizations can reliably to used to map the direction of long-term consequences. In short, it has yet to reach that stage of disciplinary excellence by which it can contribute effectively to the solution of contested issues of importance. The DASG will help remedy that situation by creating an organizational nexus and resource base for the effective multidisciplinary exploration of the consequences of disasters.

The DASG will encourage the development of holistic study of disasters (that is, a processual study that includes the exploration of hazards, predictions, and other preconditions, the event itself, and the myriad consequences that unfold). It will point the way away from disconnected natural science and social science studies of the same disaster. In this context, it will encourage the development of rapid deployment teams for on-site analysis of extreme events that will also serve as scientific bridges between the onset and aftermath of disasters. It will stimulate the comparative study of these processes. And, it will ensure distribution of findings and results. It will do this by helping to coordinate disaster-related research of independent scholars, by seeding innovative and exploratory research of others, and by planning and implementing its own field research on particularly critical topics. To attain these goals and to facilitate funding, the activities of the DASG are divided as follows: development and maintenance of collaborative institutional ties; establishment of workshops and colloquia; creation and maintenance of a disaster research directory; a disaster research database, and a field training school; implementation of a viable research program, and the dissemination of results.