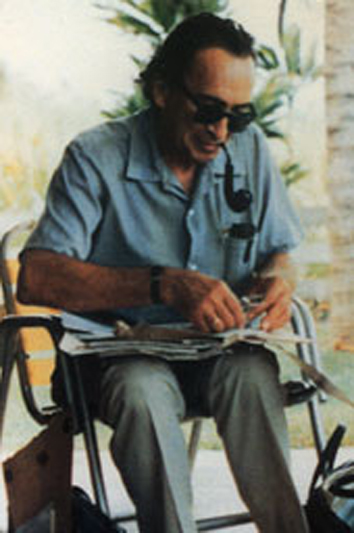 During his lifetime, M.G. Smith, a social anthropologist of very considerable repute, compiled a formidable record of research and publication dealing with social theory and methodology as well as detailed descriptions and analyses of his field research in the Creole Caribbean and Northern Nigeria. Exceptionally well respected by his peers, he was the recipient of numerous awards among which were the Wellcome Medal for Anthropological Research, the Curle Bequest Essay Prize, the Amaury Book Prize from the Royal Anthropological Institute, the Musgrave Gold Medal from the Institute of Jamaica and honorary degrees from McGill University and the University of the West Indies. In 1972 Jamaica bestowed upon its native son its very highest honor, the Order of Merit. The Smith corpus, some 146 articles, books and reviews, is contained in this section of CIFAS.

Born in Jamaica in 1921, M.G. Smith was always a brilliant student. As a schoolboy at Jamaica College, his schoolmates claimed him as their “intellectual hero” who, in 1939 at age seventeen, achieved the highest marks of all Higher Schools Certificate candidates in the entire British Empire. More than a student scholar, he later emerged as a published poet of very considerable promise. In fact, the Nobel Laureate Derek Walcott once ranked Smith as “one of the two important writers of recent Jamaican poetry.” Douglas Hall in a biography entitled A Man Divided; Michael Garfield Smith — Jamaican Poet and Anthropologist, 1921–1993 deals with this significant aspect of his life. But it was his scholarly feats that earned him the prestigious Jamaica Scholarship for study abroad which led not to Bombay as he had wished but rather to McGill University in 1941, and then, soon afterwards, to war-time service with the Canadian Army in the European theater. Demobilized in London in 1945, he turned from literature to law, which he studied for a year before the fateful switch to anthropology. As his wife Mary reported, Mike found the law “an ass” and not, as he had hoped, about justice. He took to anthropology quickly and anthropology to him. Soon he became a prize student in Daryll Forde’s department at University College London, completed his undergraduate work in short order, and after very successful field research in Northern Nigeria, was awarded the Ph.D. in 1951.

Smith’s professional career in anthropology, straddling three continents and the Caribbean, was truly distinguished. His first appointment, which made possible a return home after eleven years, was to the Institute of Social and Economic Research in Jamaica. When the ISER was melded into what is now the University of the West Indies, Smith was also anointed a Senior Lecturer in Sociology. During eight hectic years, he embarked on an ambitious program of Caribbean research, carried out a year’s field work in Nigeria, published prolifically on both the West Indies and Africa, and firmly established his reputation as a first-rate anthropologist. In what could well be considered the “golden age” of ISER, it would be not be unfair to say that Mike Smith was the most productive and arguably the most creative member of an illustrious research complement of anthropologists, sociologists, and economists. In 1961, he left Jamaica to become Professor of Anthropology at the University of California at Los Angeles. Lasting eight years, this first stay in the United States provided the impetus for four books and some thirty articles. Mike, Mary and their three boys returned to Great Britain in 1969. It was a move made for personal rather than academic reasons without any prior proffers of employment. In this regard, he was not only pleased but also genuinely surprised when offered the chair of his old department at University College London. Yet, when in 1972 while at UCL, his old schoolmate and Prime Minister of Jamaica, Michael Manley, requested his services as Special Adviser, he accepted this added appointment as well, not only because of close friendship with the Manley family but also out of a continuing attachment to and love for his native land. This punishing, policy-related assignment lasted until 1977 and was carried out during one of the darkest and most violent periods of modern Jamaican history. Smith returned to the United States in 1978 as the Franklin M. Crosby Professor of the Human Environment at Yale University, a post he held until his retirement in 1986. 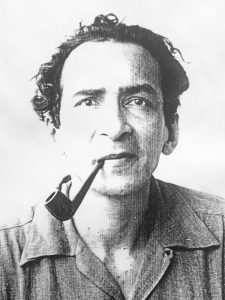 Smith was both superlative theorist and extraordinary field worker. His personal field research in Africa and the West Indies, always impeccably planned and thoroughly executed, stretched over half a century. In 1949–50, 1958–59, 1972, and 1977–78, he studied the Hausa, Kagoro, and Kadara in Northern Nigeria. In 1952–53, he worked in Grenada and its dependency Carriacou on social stratification, religion, kinship, and community. In 1955, 1960, 1964, and 1974–75 he carried out a variety of field projects, some with an applied bent, in Jamaica. And, finally in 1990, when he was nearly seventy years old, he returned to Grenada to study the course of education since independence. These forays into the field were always productive and led to twenty-four monographs as well as an exceptionally large number of significant articles on important anthropological themes. His books on Africa include: The Economy of Hausa Communities of Zaria; Government in Zazzau, 1800–1950;Pluralism in Africa (with Leo Kuper); The Affairs of Daura; and Government in Kano, 1350–1959. On West Indian themes, they include: A Framework for Caribbean Studies; A Report on Labour Supply in Rural Jamaica; A Sociological Manual for Extension Workers in the Caribbean (with G.J. Kruijer); The Ras Tafari Movement in Kingston, Jamaica (with R. Augier and R.M. Nettleford); West Indian Family Structure; Kinship and Community in Carriacou; Dark Puritan; The Plural Society in the British West lndies; Stratification in Grenada; Culture, Race and Class in the Commonwealth Caribbean; Poverty in Jamaica and Pluralism, Politics and Ideology in the Creole Caribbean. Corporations and Society, a collection of his articles, transcends regional emphases and deals directly with theoretical and methodological issues.

Education and Society in the Creole Caribbean (M.G. Smith with Lambros Comitas and sections by Philip Burnham, Jack Harewood, and Josep Llobera — available on Internet at www.cifas.us) is one of two virtually completed studies that became available shortly after Smith’s death. This first work, designed by Smith as a multi-year project on the post-independence effects of education on three Anglophone Caribbean societies, Grenada, Barbados and Trinidad & Tobago, had three objectives: to contribute to a fuller understanding of education through the use of anthropological methods and techniques; to determine whether or not, as well as how the educational systems of the three island nations acted to maintain or to change structural and cultural frameworks derived from a colonial past; and, to determine whether or not and how, if at all, the educational systems of these three small countries served to promote development or to increase the potential for development. The second work, The Study of Social Structure, a publication almost testamentary in tone, unfolds key elements of Smith’s epistemology while reopening the subject of social structure to systematic inquiry. Throughout his career, Smith was steadfast in the belief that the study of social structure, despite recent disinterest, was central to the anthropological enterprise, and he was even more resolute that the subject itself be critically reexamined. In both regards, he called for the development of new conceptual frameworks “free of unverifiable postulates” to facilitate the study of social structural phenomena. He wrote that traditional Western ideas of societies as normatively and functionally integrated systems of action had to be supplemented, “perhaps” even replaced, by concepts that suspend such assumptions so as to permit the investigation of social units and relations “directly as concrete empirical structures.” His plural society and corporation work provide examples of viable alternatives to what he called “the familiar system model.” The Study of Social Structure, which rests on Smith’s compelling logic, deals with those perspectives and approaches that objectify and thereby unravel social structures and their component parts.

M.G. Smith died unexpectedly in 1993, a grievous loss to scholarship and society.